Dr. Orville P. Chubb was one of the most important and most accomplished founders of Fairmont. He was the first physician in Martin County. In 1866, he and his friend Colonel Lounsberry drove a large flock of sheep from Michigan to Martin County. Unfortunately due to cold weather the sheep all died. He returned to Michigan and brought back his wife Sarah age 35, and daughter Lottie age 9. The family lived in Fort Fairmount, located where the present court house now stands. His son Montier was born there the next spring. He was county doctor until 1871 when Dr. D. W. Hunt took over.

In 1869 he helped finance the first bridge over the George Lake channel, which was one of the main routes to and from the west. He bought one of the town newspapers and was part owner of a drug store. Dr. Chubb served as the County Superintendent of Schools and as County Treasurer. He was in partnership with his brother-jn-law Alpha Cadwell in the operation of a grist mill located on Center Creek at the outlet of George Lake. The first flour was ground in Martin County there. Dr. Chubb owned considerable property in Martin County. His knowledge of surveying was very valuable as he was able to help plat the town site of Fairmont, the first cemetery, and the first Fairgrounds. He was appointed by President Andrew Jackson as Postmaster and was re-appointed for another term by President Ulysses S. Grant.

Dr. Chubb was born in Michigan June 11, 1830. He was educated at the Cincinnati Medical College and had his first practice at Tuscola Co. Michigan. He served in the Civil War as a surgeon, after which he staked a claim in Martin County. He died in 1894, and is buried with Sarah and Lottie in Lakeside Cemetery. 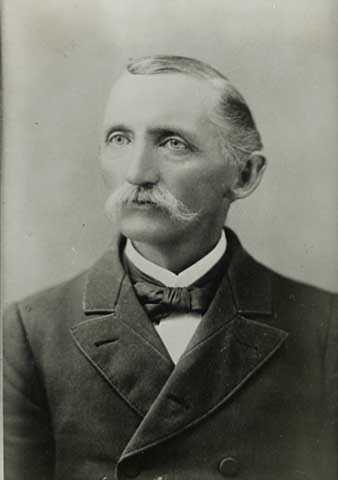 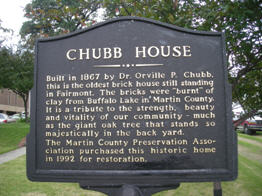 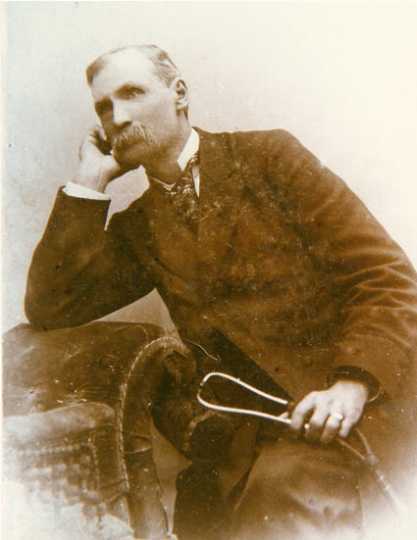 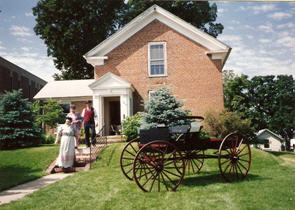 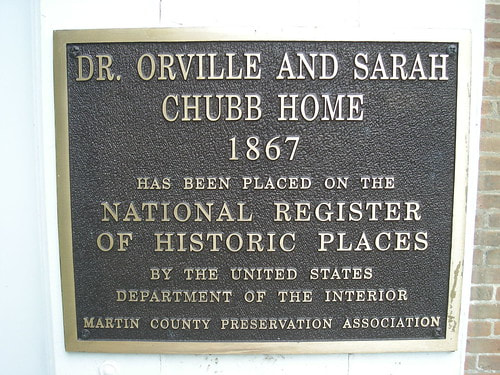